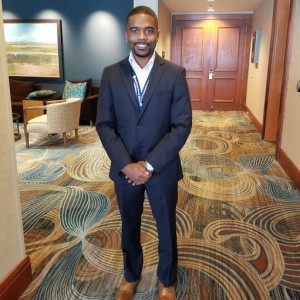 Whether you’re just starting in real estate or have been in the business for years, always being on top of your game matters. Staying current with the latest trends and technology is key to running a successful business.

Luckily, plenty of new technologies are making their way onto the market that can help make everything run more smoothly. One such example would be 360 cameras.

In its simplest form, a 360 camera takes high-quality images from all angles simultaneously, essentially creating a virtual representation of an object or space. Likewise, the term “360” refers to a complete all-around view.

Putting this into real estate terms would mean creating a more immersive experience for people looking at houses – whether online through your website or social media platforms, or offline with printed materials.

The use of 360 cameras is not exactly new as they have been around for almost as long as consumer-level digital cameras themselves (dating back to the early 2000s).

However, despite having seen their fair share of hype and speculation over the years, they never really took off – likely due to their bulky and expensive hardware, which was mainly targeted at industries such as real estate.

The Samsung Gear 360 is perfect for both professionals and beginners alike. It comes with a built-in display, an adjustable bracket, and a tripod mount if you want to put it on a stand while recording.

Speaking of recording, the camera can also capture an impressive 4K resolution video at 30fps or 1080P at 60fps. Not only that but the Gear 360 is one of the few devices on this list that can live stream directly to Youtube via its inbuilt wifi connection.

With all these features packed into such a small form, the Samsung Gear 360 makes for an excellent real estate 360 camera – especially given its price point (under $200).

The only downside would be limited compatibility as it only works with a limited number of Samsung’s latest flagship devices. Nevertheless, if you have any of these devices, it would be hard not to recommend the Gear 360 as your go-to camera for real estate.

For professionals looking for a real estate 360 camera that is both affordable and easy to use, the Insta360 ONE X might just fit the bill.

Priced under $300, we find ourselves highly impressed by this little device which can capture videos and photos in stunning 4K quality (due to its dual 210-degree lenses) and 5.7K spherical streaming (due to its Qualcomm Snapdragon chipset).

Like other premium devices on this list, the One X also comes with a built-in battery and storage (2 x MicroSD up to 128GB) as well as adjustable settings for ISO, White Balance, and Exposure.

The ONE X is ideal for those professionals looking to create more immersive real estate media such as Youtube videos or Facebook posts. But we would recommend consulting the manual before taking it into the field due to some of its slightly more advanced features.

One of the earliest consumer-level 360 cameras on the market, Ricoh’s Theta, was originally released in 2013 and has since found itself picked up by several professional photographers and videographers worldwide – including many within the real estate industry.

Priced at over $500, the Theta Z1 is not exactly a cheap camera. But with its reliable and easy-to-use controls and compatibility with the latest technology such as 4K video and Bluetooth connectivity, it has found itself being used by several Realtors who swear by its capabilities.

For those professionals looking for one of the best digital real estate cameras on the market, then we would recommend taking a look at Matterport’s 3D 360-degree camera.

Although pricey (currently around $3200), this camera is perfect for those professionals looking to make a lasting impression on their clients through immersive media, which truly captures what it feels like to be standing in that property.

Matterport’s camera can not only capture a 3D representation of the interior and exterior of a property, but it is also compatible with both iOS and Android smartphones, making it easy for those professionals to share their work on the go.

The Kandao QooCam has been marketed as a professional-grade 360-degree camera that is perfect for real estate professionals and those looking to film or live stream from anywhere around the world.

Priced at below $300, the device comes with built-in flash memory and is compatible with SD cards up to 128GB. This allows Realtors to easily take this camera out into the field without having to worry about running out of storage space.

The room also comes with a built-in microphone which works great for those looking to stream their videos on Facebook or Youtube without worrying about any additional equipment.

Featuring eight camera lenses capable of capturing 4K video at 30fps, the Vuze XR is one of the latest 360-degree cameras on the market, aiming to rival some of its more established competitors.

Priced at just under $800, it manages to offer most of the same features as other premium cameras on this list (including built-in storage and compatibility with many mainstream VR headsets).

But what truly makes this device stand out is its unique design. Not only is it circular like most other devices on this list, but thanks to its rotating base, users can easily capture various angles with a simple turn.

One of the few 360-degree cameras on this list designed for professionals who already own a GoPro, the Max Action is perfect for Realtors looking to create more immersive and engaging content around their listings.

Priced at just $399, it offers an easy way to capture and edit video and photos with minimal equipment. However, we recommend consulting the manual before taking this camera into the field due to its slightly less intuitive controls.

For those looking for one of the best high-end digital real estate cameras on the market, then there’s no doubt that the Orah 4i is one of your best options.

Stocked with all of the latest hardware and improved microphones compared to its predecessor, this camera also comes with compatibility with various mainstream VR headsets, including Oculus Rift and HTC Vive.

This makes it easy for those looking for a quick way to share their property listings online. Currently priced at around $1600, this device may not come cheap.

Still, you can rest assured that it’s one of the top 360 degree cameras on the market today, which offers features perfect for digital real estate professionals.

What to consider when choosing Real Estate 360 Camera

As you can see, there are many different kinds of 360-degree cameras available for Realtors to buy today. However, each camera is suitable for slightly different scenarios. To choose the best real estate 360 camera, consider the following:

When choosing a 360-degree camera for real estate, you should choose the one compatible with different hardware.

For instance, the Orah 4i is compatible with virtual reality headsets such as Oculus Rift and HTC Vive, allowing potential buyers to access your content easily.

However, compatibility isn’t just limited to VR headsets – many cameras can also be connected to mobile phones for live streaming purposes or uploading video directly onto social media platforms.

The price point of a camera plays an important factor when choosing one suitable for real estate scenarios.

As seen in the list above, several high-end devices are available today that offer all of the features you would expect from a pro-grade device at prices starting from under $500 up to & beyond $8000.

Polygon, Vuze, and Vuze XR are excellent choices for those on a budget, while Orah 4i is another popular choice, thanks to the 360 video tours it offers.

Another critical thing to consider when choosing a 360-degree camera for real estate is the resolution of your footage.

While this should be one of your top priorities, most cameras these days come equipped with at least 4K resolution – the standard in modern-day high-end smartphones.

For most property listings, 4K footage will do just fine; however, if you plan on using huge displays, then you may want to consider upgrading to an 8K camera capable of capturing even higher resolutions!

When choosing the best 360 camera for real estate, you have several different factors that all need to be considered.

As seen in the list above, several high-end devices are available today, with each offering unique benefits and features that make them suitable for different scenarios.

However, when it comes down to it – if you want a device capable of capturing high-quality footage which is simple enough for beginners to pick up and learn how to use, then the Orah 4i is immediately your best choice.

Not only does this device come equipped with fully automatic functionality making it perfect for beginners, but it also provides quality results on par with some of the best professional-grade spherical cameras currently on the. The Complete Guide to Time Blocking for Real Estate Agents

For most real estate professionals, time management is an arduous task. From lead generation to prospecting to following up with clients and

16 Best Real Estate Agent Books To Get Inspiration From

Are you a real estate agent who is looking for some inspiration? If that sounds like you, then you’ve come to the

6 Rules of Thumb to Make Money in Real Estate

Real estate is one of the most lucrative careers you can venture into, but it’s also one of the hardest to get